People choose not to get married today for a variety of reasons – but the main one is fear of failure, and not wanting to commit to something for fear it will not last. What they don’t realise, is that by not making that commitment to marry, they have by default already sown the seeds of failure into their relationship. Their decision not to marry is based on a belief that their relationship will fail, and they become the victims of a self-fulfilling prophecy.

True marriage is based not just on feelings of attraction for one another, or the need for friendship or mutual advantage gained by the pooling of ones resources. True marriage flows out of a decision. An “I will,” or “ I do.” Only in the security of a decision made by two people, pledged before God, till death do us part, does a relationship have the necessary strength and backbone to withstand the trials and storms of life. For those who marry with divorce as an option, their marriage is a divorce waiting to happen. There will be offences, and there will be many opportunities given for which this option will gladly present itself. But where this option has been removed, both parties to the relationship have no choice but to work together to resolve their differences until peace and love and understanding is once again restored.

Couples come together not because they see perfection in each other. If couples waited till they were perfect they would never get married. It is important for couples to pledge ongoing commitment to each other, to love one another and to continue to strive for understanding and unity, not perfection. When two imperfect people look for perfection in each other they are going to be disappointed.

What is required here more than anything else, is tolerance. The Bible says a man and woman shall become one flesh. This does not mean all these differences disappear - each individual continues to retain their own unique identity - but they learn to flow together.

“Husbands live with your wives in an understanding way.”
The Bible commands this because this is not something that comes naturally to a man. A man thinks logically, and sometimes the way of a woman is not logical.

Understanding the way a woman thinks will require extra grace and tolerance on the part of the man. A woman thinks and feels with her emotions, and there are times when all a man’s rationale and common sense, God is going to ask you to throw out the window. When a woman is hurt and confused, she doesn’t care about the right answer, she wants to know if she is still loved.

“Husbands learn to dwell with your wives in an understanding manner….giving honour to her as to the weaker vessel… being joint heirs together of the grace of life.”

The key word is together. A man does not marry so he can live like a bachelor with the added comforts of a wife. The Bible says couples should not withhold themselves from one another. Even what you are thinking as individuals is no longer your own private right to think. The man has seasons in his cave, but he has no right to live there in continued exclusion.

It takes commitment to understanding one another to make a marriage work, and with the help of the Great Counsellor, a marriage does not have to fail. 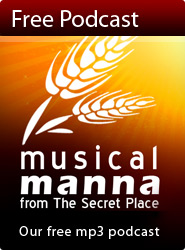