Carriers Of His Presence

The ark of God’s presence dwelt behind a veil. The priest therefore merely ministered before the ark, unless of course, God moved. Whenever the glory cloud was taken up and began to move, the whole camp moved too. It then became the responsibility of the priests to bear the ark upon their shoulders and carry it to it’s next resting place.

While others gathered their valuables and wondered where the next move would take them and what it would mean, the priests were faithfully covering, lifting and carrying the ark. It’s safety and it’s journey was their priority.

When God begins to stir us and draw us to new levels in Him, there must be those who are concerned about more than their own goods and comfort. There must be priests in the house that can carry the weight of His presence.

Those who are priests, must be able to bear not only the weight of what they carry, but also the length of the journey. This requires endurance and faithfulness. In crossing the Jordan river into the promised land (Josh.3:14-17), it was the priests that walked in first and came out last. They had to have the endurance to stand with the ark until all had crossed over.

The call to ministry requires that we go first and we stay the longest. We may be a musician who comes early and leaves late, or a pastor or leader that goes into realms of prayer and study to persevere until all have crossed over. The fact remains that those who would carry His presence need the endurance to stand when they are tired and to be there when others are not. There is grace for this – it is the grace of the priesthood and it brings with it the endurance to stand and keep standing, with the weight of the ark still resting upon your shoulders.

Change is not easy. Moving with God brings challenge and upheaval, but it is in the midst of the journey that the priests are seen. They are the ones that come to the fore as those who can carry His presence before the people. They are the ones that move in His grace and His anointing, for they have learnt to carry His presence upon their shoulders. 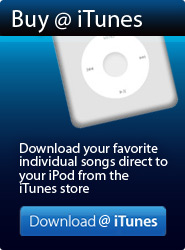